The latest round of FICCI’s Business Confidence Survey revealed an improvement in the optimism level of members of India Inc after seven quarters.

The Overall Business Confidence Index improved to 59.0 in the current round vis-à-vis an index value of 55.0 reported in the last survey. Improvement in both current conditions as well expectations index led to a better overall index value during the quarter.
However, a majority of respondents continued to cite weak demand situation as a worrying factor for their business. In the current survey, 76% participants reported weak demand conditions as a bothering factor as compared to 73% stating the same in the previous round. In fact, it was the third consecutive quarter when the proportion of respondents indicating subdued demand conditions stood above 70%. This has also manifested in deteriorating capacity utilization rates among members of India Inc.
The survey results allude to a moderate outlook for investments. Around 37% participants said that they foresee much higher to higher investments over coming six months vis-à-vis 38% stating likewise in the last survey.
Nonetheless, the companies seemed a bit more optimistic about their forecasts for sales and exports over next six months. In the current survey round, 43% of the surveyed companies said that they foresee much higher sales over next two quarters. The corresponding number in the previous round was 37%. Likewise, 34% respondents cited that they expect higher outbound shipments over next two quarters. The corresponding number in the previous round was 23%.
Favourable news on US-China trade negotiations and clearance to the BREXIT deal by EU Parliament are expected to have a positive bearing on economic sentiments. However, heightened geo-political tensions remain on fore and continue to pose as a risk factor to economic as well as export outlook.
The outlook on employment also witnessed marginal improvement in the present survey.
The respondents were also asked to share their opinion on expectations from the forthcoming Union Budget 2020-21. A majority of participating companies called for urgent measures in the Union Budget 2020-21 to boost consumption in the country. Alongside, companies asked for an increase in government spending amid current economic scenario especially when private sector investments have taken a back seat. Participants also recommended greater emphasis on raising money through large scale disinvestment of public sector undertakings to fund the infrastructure spend.
In addition, respondents highlighted the need for undertaking taxation reforms to remove anomalies in the tax regime. With regard to indirect taxes, companies felt that GST rates should be revisited and be further rationalized.
Also, issues related to inverted duty structures arising out of GST for all sectors must be resolved.
Availability of affordable credit for businesses was another major expectation of members of India Inc from the upcoming Budget. Furthermore, companies reiterated the need for continuity in improving the business environment of the country as they felt that significant red tape still exists.
A need for urgent measures to enhance competitiveness of the Indian industry was also strongly felt. Creation of land banks, comprehensive labour market reforms that are in sync with the business needs of today, and easy availability of credit were some of the recommendations made by the participants.
With regard to the external sector, respondents recommended that the proposed RoDTEP scheme should match the benefits that were prevalent under the MEIS scheme. Additionally, they believed that government must enter into free trade agreements with Europe, USA and other countries of interest where India holds good potential.
India Inc is facing huge risks from delays in necessary structural reforms in the factor markets and lack of adequate credit availability to MSMEs. Stagnancy in exports, delay in disbursement of subsides / incentives for exports, high transaction costs involved in trade and excessive dumping of goods, were some of the concerns cited on the external front.
To overcome these risks, a majority of the participating companies are planning to reduce their costs of operations to ensure that their business grows in the year 2020. Around 62% participating companies said that they will try to access new markets within the country as it will help them expand their business outreach. About 60% said that they will be looking at enhancing their sales, while 58% felt that introducing new products during the year could improve their business growth. The respondents unanimously agreed that they will be focusing more on diversifying their products mix and enhancing overall customer experience.
Quite a few respondents also cited leveraging digital technology to take their business to the next level. Many of them mentioned utilizing e-commerce platforms to enhance their sales and business outreach, while some others said that they are in the process of developing new apps on a priority basis. The participants also seemed upbeat about investing in newer technologies that can add greater value and enhance their overall productivity. The participating companies showed interest in enhancing their R&D expenditure.
(Share Manthan, January 31st, 2020) 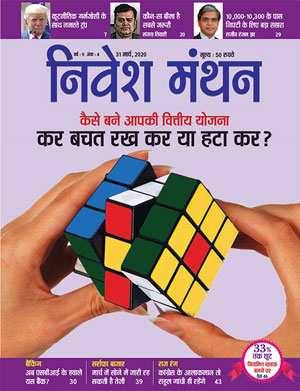